Today I wanna present something very rare…. at least in the movies:

I have seen many, many, many movies and TV shows with scuba scenes over the last decades. But I only remember a handful of scenes that had actually a black guy or girl in it.

I think this one was recommended to me ages ago (thanks for that!), but I didn’t post about it as this movie has a big “problem”.

The frogwoman doesn’t dive at all.

So, why do I now post it anyhow? Well, the scenes are very interesting for several reasons….

Actually, she is running around in that wetsuit for at least 10 more minutes in the movie (incl. a motorboat chase), but I can’t post all that.

But damn, Pam Grier does look smoking hot in that wetsuit. The movie was about 10 years too late to present her in a vintage rubber wetsuit, but this wetsuit is fine as well.

And the scene where she seduces the bad guy to lure him closer….is quite sexy! She certainly knows how to use her looks to manipulate him.

Actually so far I haven’t seen the whole movie, but I will catch up on that in the next few days.

Would like to know what kind of device is installed on the Uzi she is carrying. Doesn’t look like a silencer, at least not a type I have seen before.

Wanna know from which movie this is?

Today is Jessica Alba day on both of my blogs!

Here you gonna see 16 years old Jessica Alba, on my other blog Maskripper, Alba was already twice that age in that video….and still very attractive as the movie was filmed!

Jessica Alba is thereby one of the very few actresses that were already featured on both of my blogs.

In this clip you will have Jessica diving with a mal buddy as suddenly a mermaid appears and lures him away from her!

The tail of the mermaid looks very….rubberish…. I am sure that would look much more “natural” nowadays.

And damn, what a lucky guy he is! He is diving with stunning Jessica Alba and if that wasn’t already enough a hot mermaid wants him to follow him.

Ok, in my version she would attack him from behind a rock, slicing his air hose with her deadly claws after she transformed to her monstrous self. He would try to escape to the surface while she would hold him down as she tries to drown him with a sinister, lustful smile.

Finally, Jessica Alba appears and rescues him from her evil grasp.

And later a team of frogwomen around Jessica would hunt down the evil mermaid in the final battle near the end of the episode.

Of course, the mermaid would slice some more air hoses…..

Sadly there are no other (interesting) scuba scenes in that episode.

….even the wetsuit isn’t so …stylish…. in my opinion.

Wanna know from which episode this is from?

What do you think of these scenes and my version of the story?

This movie is rated REALLY bad on IMDB, but it actually has some nice scuba and wetsuit scenes!

I found it on my older lists, but have forgotten to make a post for it. A nice blog visitor recommended it to me in the last months, so now you all can enjoy it! Thanks for that!

You can find a longer cut down below that shows what happens to the girl that stays on the boat that offers some more footage of the wetsuited frogwoman on board as well.

And here is the video (with all the underwater scenes):

And the longer cut on google drive (slightly over 7 minutes):

Well…. quite a rare combo package!

A frogwoman and her buddy, some evil frogmen, a woman onboard fighting a henchman….and a sea creature that takes care of 2 of the bad guys.

A shame that the frogwoman flees, but well that fits perfectly to the way they mostly portray women back in the day:

Good looking, rather help- and useless (in the action scenes), always in need to be saved by someone.

In my version, she would have stayed and it would have been a 2 VS 2 scuba battle!

Pretty funny how the evil diver kills his comrade with the harpoon (speargun). That happens quite often!

Often only the bad guys have harpoons and they often shoot their own team members as the hero is fighting with one of them.

But well, if they would be good marksmen, the fight would be over pretty quickly…. 😉

I love how the hero cuts the air hose of the evil frogman, forcing him to the surface where the sea monster is already waiting.

The scene with the henchman on the boot is pretty intense! He grabs her, beats her up, and kills her by shooting her in the back.

You certainly won’t see that happen often to one of the “good” women.

The heroine looks really good in her scuba gear….pretty cliche that she is wearing a short wetsuit and the guy the full wetsuit. 😉

As I said, a shame that she wasn’t in the scuba fight, but she had some good scenes nonetheless.

This is the movie:

What do you think about these scenes?

A blog visitor contacted me and asked for a movie title. Perhaps someone knows the movie title to this description?

“I’m looking for the name of a movie where a guy with no equipment in a large pool drowned some divers. The movie was from the 60’s or 70’s. I don’t think the women were there, but the action was fun. Do you know anything?”

Would be great if someone would know the title…

Time for a special post in the middle of the week!

I wanna present a rather awesome picture story from a fine artist who posted this one on Deviant art.

In this story we have a naughty frogwoman and her rubber suit, a male freediver and a…..surprise guest! 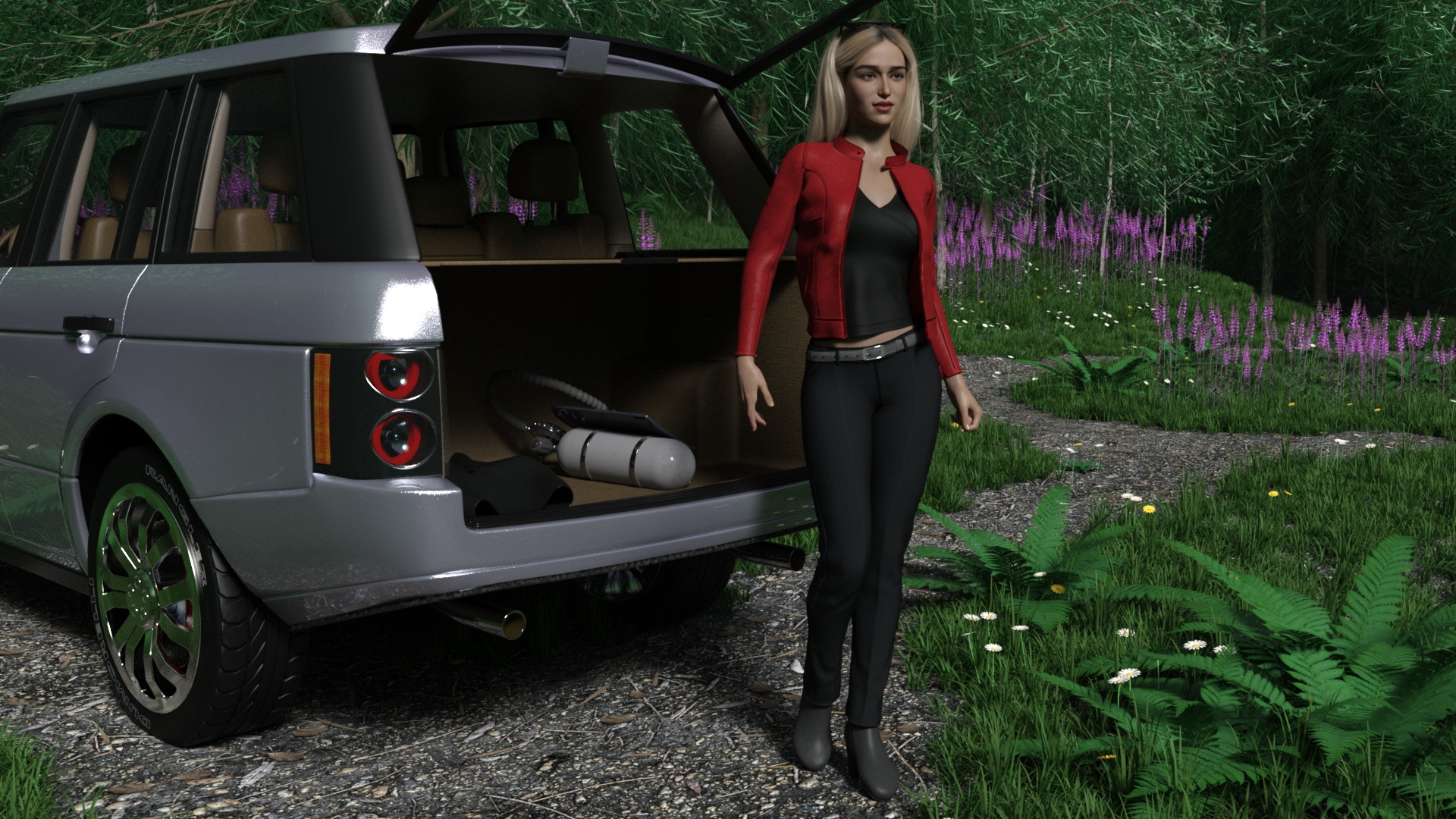 I also prepared a zip file with all 40 images for you to download:

Here is the link to the artist who created this awesome storyline:

He has a lot of other great pictures, so check out his work 😉

My opinion (enjoy the complete story BEFORE you continue reading!):

WOW! Would describe it somehow….at least.

Then she spots a freediver, drugs him, pulls him under and ………well…… starts “playing” with him 😉

Certainly something you won’t see every day!

She did’t fully succeed with her plan due to the alligator, but well, she had her fun and survived the croc attack.

Of course he poor freediver is now dead…which gives the story a rather ….evil…touch. But well, I do love it!

What do you think about the story?

Leave your comments here and on his DA page!

This one took a looooong road to be posted here.

The movie was recommended several times to me by different users, I checked the scenes, wasn’t very thrilled by them, and pretty much forgot about it.

Thanks to the folks who recommended it!

But now, finally, I wanna post it as I do think now, that many folks may like it more than I do.

I am looking forward to the reactions!

The clip is rather long as the female lead is running around in her wetsuit for quite a while, and I know that many like to see that as well.

I could write about the weird story of this one….but no, I won’t 😉

*EDIT1* Unfortunately it was blocked 16 hours after I uploaded it on Youtube.

I didn’t think this video would be problematic since the movie is so unknown and old, but well, I moved it to Goggle Drive so you folks can still enjoy the scenes.

Yeah, I know the picture quality isn’t good….but that fits the actual quality of the movie. There is no Blu-ray or DVD release of this one 😉

The idea of the rubber frogman as a sea monster is interesting. I don’t know why she would faint, even he surfaces so suddenly. She should have noticed the bubbles he leaves before…and thereby knows that there is no monster chasing her but a diver.

He’s a pretty creepy guy and actually dies only moments later as the real “monster” gets him. That was done really bad, therefore I excluded that scene…and besides this is the frogWOman blog 😉

A shame that the creepy guy has the really great vintage scuba gear and the female lead and her guy have only rather lame neoprene suits (in my opinion).

Would have been great to see the woman in that rubber gear fighting the monster underwater! But no luck…

This is the pretty rare movie:

I am quite surprised how well the video was accepted by the viewers on Youtube (as long it was up).

It had over 96% likes (to dislike-ratio), which was better than for example the Breaking surface videos that are at 93/94% likes

But it seems that many are already very happy to see a woman in such a vintage wetsuit, even there is no “real” scuba action in it.

+ a video where a frogwoman is ordered to clean up a pool….but things go terribly wrong 😉

+ a video where a murderous frogwoman has spotted a female swimmer…

Yesterday was a very sad day.

Legendary Sir Sean Connery passed away on the Bahamas, aged 90.

I have quite a lot of his movies in my collection and he played a part in many fantastic movies like the James Bond movies, A Bridge too far, Indiana Jones and the last Crusade, the Untouchables and many more.

I could write a lot more about his other movies, but after all this blog is named Frogwoman, so why am I posting about him?

Well, the answer is quite simple: 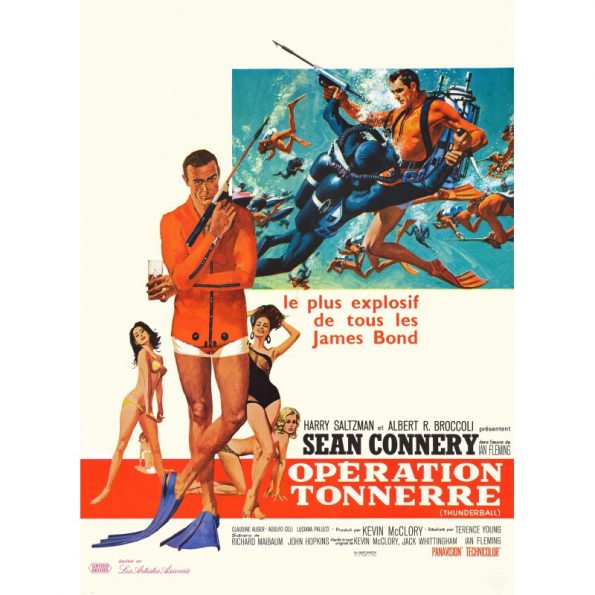 The movie Thunderball influenced a LOT of people to get into scuba diving.

Sadly there was only one short scene were a woman actually scuba dives (Claudine Auger, who passed away in December last year).

But the movie offers over 30 minutes of underwater scenes and still -after over 50 years- the best scuba fight scenes in history!

I can’t possible tell how often I watched the movie and certain scenes of it.

Again I could write here endlessly about certain scenes…..but as a matter of fact…I already did.

You are welcome to check out my detailed Thunderball section here on the blog!

Thank you for everything!

You will be missed, but you will live on in all of these great movies 🙂

P.S.: As I wrote he died on his house on the Bahamas.

And that is were they filmed most of the scenes of Thunderball.