I know this scene for a long time and never really thought of making a post about it.

Last year a nice guy recommended me this one again and mentioned that there was a longer cut of this movie that contained much more scuba scenes than the standard cut.

I checked it and still wasn’t sure if I would make a post about it. I mean the overall tone is just very goofy.

The downside is that the extended cut isn’t available in really good quality, at least to my knowledge. But better to have more scuba scenes here 😉

The scuba scenes here are very long and mostly focused on the male main character.

So, I decided to make a video with all her scenes, a frogwoman cut of the scenes 😉

I included some scenes with her out of her anti-shark suit as you can see.

All in all some nice scenes, especially like the scene where the evil diver yanks off her mask to steal the little tank from her (that contains something everyone is after).

A shame that this whole tone is so goofy and that there is never any real danger (for the good guys) as this here is basically more a comedy than everything else at this point.

The scene where Jackie Chan uses her (and her suit) as a shield against the bad guy with the huge knife is quite nice as well. Certainly a unique scene. 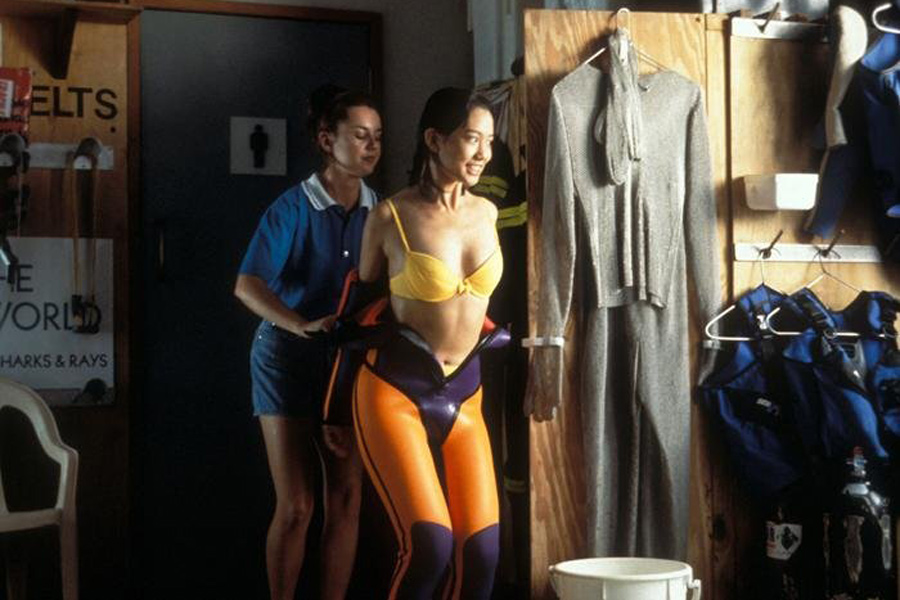 Yeah, she looks quite stunning in her wetsuit and bikini….

Wanna know from which movie these scenes are?

Every month you can thereby see video from my “Project F”, my first self-produced scuba fetish videos! Check out the 2 “Project F” tabs above for much more info 😉