A witch (Gundel Gaukeley) wants to steal the lucky “coin” from Dagobert Duck. She dresses like a woman from an insurance company that wants to ensure that coin for free. She uses a blonde wig to disguise her identity (a little weird, that that is enough to fool her arch-enemy…but ok). So Dagobert shows the room where the coin is placed. 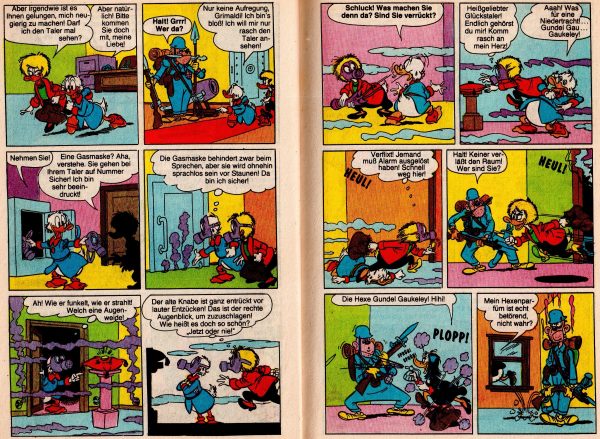 She uses a wig to mask herself so he wouldn’t recognize her. (ok, not a sexy Batgirl cowl, but…it’s a start)

But instead, he cuts his air hose and drowns him. (link to the video on this blog)