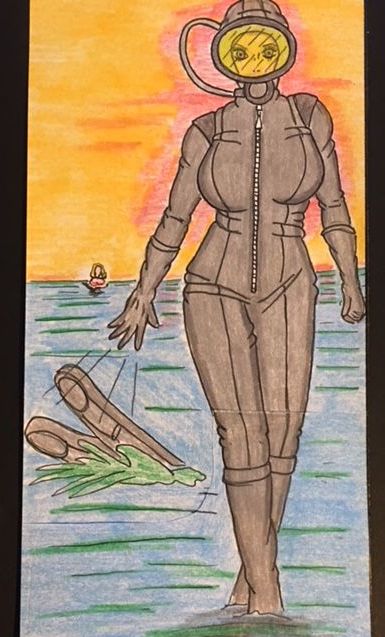 Fully emerged from the sea her tight black rubber jumpsuit left little to the imagination, the trousers clung tightly to her legs and ass and her ample breasts rippled and bounced as she walked on dry land , she began to move quickly.
The fishermen were in a strange sense of arousal and puzzlement. This scene made little sense to them, a strange arousing creature had emerged from the sea the sea it had walked slowly and purposefully paying them no attention, the creature he’d then flung what looked like expensive flippers back into the sea without a backwards glance then ran up the beach and round the headland out of sight. Many wanted to investigate but could not leave their valuable fishing gear. There attention was quickly diverted y a red shape splashing on the surface some way out on the horizon.