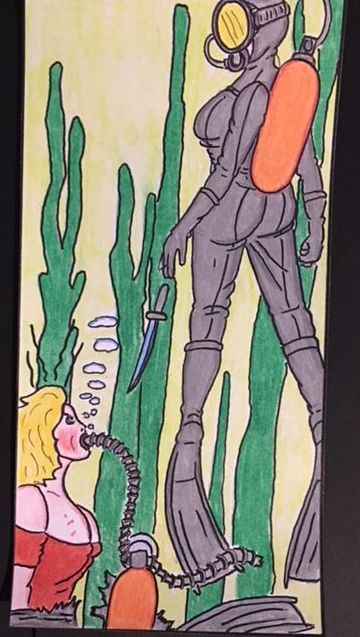 The agent began the long swim to her extraction point. Looking back briefly at the very disheveled woman stood on the see bed sucking desperately on the ragged hose. The mistress had a mixture of terror and rage across her face and the agent took great satisfaction in this
“ you don’t look so refined now do you bitch “ she thought as she released the knife. It had served its purpose, there was no point in keeping evidence that could be used to point back to her. The mistress watched enraged as the blurred glinting object glided to the bottom making a chink! Sound as it landed on a rock.