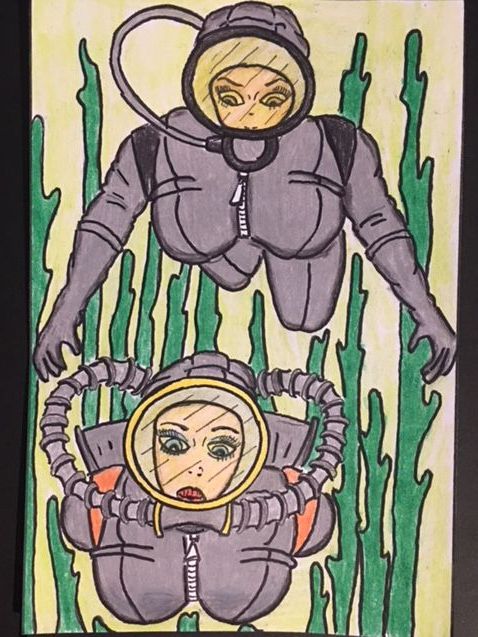 As the agent approached she noticed with some surprise that the other diver appeared to be female. But nothing else made sense. The woman wore dive gear of a type the agent was unfamiliar with and the woman was swimming very inefficiently with little awareness of her surroundings, she was too deep and too far out for a novice diver and her gear looked to expensive for a student and yet she was finning for all she was worth kicking up sediment and scraping the sea bed like someone who had never dived before , at the rate she was going she would have used up her air supply before long. The agents suspicions grew, as she drew near it was apparent that the other woman was totally unaware of her presence.