But for now I do have a real highlight for those who don’t know this scene already.

I thought about if I should post such a wicked, evil scene at my blog. Yes, I posted deadly underwater attacks before…but this one… wow!

In this scene we have a female and male diver enjoying the underwater world. But one of them has evil plans….really EVIL plans…

Well, her behaviour (in parts). She realises that she is out of air. Normally you would grab the “spare” (your second regulator) to try to breathe from it. In case your (first) regulator would have a malfunction. She doesn’t do that…hmh, ok. Now she turns to her buddy, she signals him that she is out of air but he won’t help her and keeps a distance to her. Ok, she could go after him and try to get his regulator….but that might get difficult.

Now, she could get the idea, that he actually wants her dead. And she could try to check her air valve for the pretty big chance that he closed it. Of course she is out of air for some seconds but there would be enough time to reach for the valve, or take off the tank and check it. Would be very interesting to see what HE would do then…. 😉 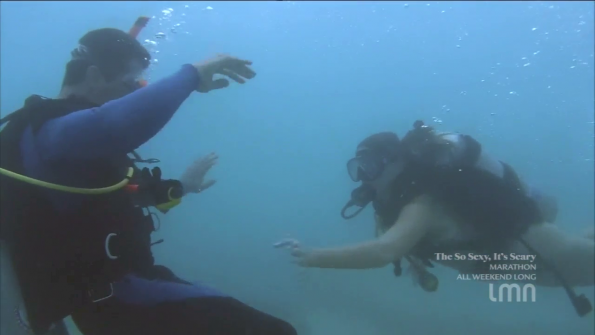 In my version she would try to open the air valve again.

She would be successful, but in that moment… as she is busy with her gear …he would rip off her mask and cut her air hose afterwards. She would try to grab his regulator but without her mask she would lose the fight and drown.

And this scene is the opening of the movie, I would love to see a payback scene afterwards. Where he is drowned in a fight with a female diver (maybe her sister on revenge) that wants to stop him once and for all. But sadly, it is the only scuba scene in the movie….

Thanks to Gaston for this recommendation he made a while back!

I edited this video in a way that we basically have two scenes in it. In the first Lee Majors (aka Steve Austin in this one) tries some new underwater breathing device as two bad frogmen attack him!

Well, the fight scene is pretty nice even if there are no scuba lady’s involved.

The second scene….well, as mostly it could have been better. The lock a frogwoman in a cage with a breathing device that only works with Lee Majors.

But instead showing her…how she doesn’t get any air and starts to panic…they show the fight on the surface. And even as Majors is underwater we didn’t get one good shot on Elke Sommer and her faulty breathing device…..

On the good site is her in that wetsuit. She looks really good in it.

And her lying on her back in that wetsuit….that’s my favorite part 😉

And if you wanna now from which episode that is:

Hey folks, before the world cup begins and I’m chained to the TV for most of the time….let’s have a little game! 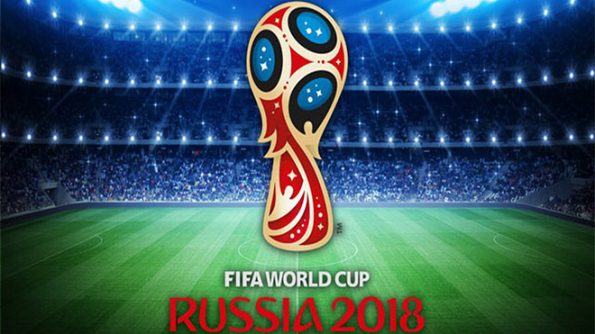 How does it work?

Pick the team you think that will win the world cup in russia! 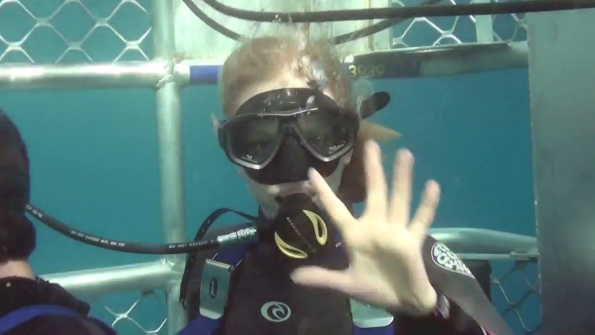 Thanks to “E. C.” I watched another promising movie! We have three norwegian soldiers that are best buddies since they served in Afghanistan. One woman and two guys. She is now together with one of them. But the other guy still have feelings for her too……. and he is ready to do what it takes to get her…

They are exploring a cave system that is partially underwater.

Ok, I admit: The main peril scene clearly belongs to the friend of our frogwoman. He runs out of air..manages somehow to reach  the surface to be drowned(?) by his “friend”.

I know I did produce a cliffhanger at the end of the video….but you should see the whole movie if you get the chance. And I wanted to have the video a certain length (not too long).

There aren’t any other (scuba) dive scenes in the movie, but as a bonus she runs around in a wetsuit for 80% of the movie(!!)…. well, not a real sexy one for my taste…but still nice to see:

….however there is a freedive scene with her in that movie.

If I had made the movie:

I would have made a gender-swap. One guy loved by two women. They dive on seperate paths and both women start to fight underwater. One attacks the other one from behind and a long struggle would follow. Perhaps with knives and a cut airhose 😉

If you wanna know the title of the movie:

So, what do you think about that scene?

It’s about time to finally upgrade that brilliant, sexy scene from “For your eyes only“.

I now present the complete scene in HD and a….”naughty” little video in addition 😉

James Bond (Roger Moore) goes to the bottom of the sea with Melina Havelock (Carole Bouguet) to salvage a secret communications device before the villain can get it.

But of course, they are not alone…

Well, a legendary scene for me! The air escaping from her air hoses + her reaction to it….pure GOLD!

That’s why this scene is in my Hall of Fame.

It’s a pretty odd plane of the evil guy…let’s push her higher…so that her air hoses might rip….

I don’t know if that would even work…but …..THANKS to the screen writer who thought about that way 🙂

I would say he could have used the cutting robo-hands to attack her…ok, maybe his range was to short for that. I think movement is very limited in that thing.

The only two things I would actually change:

The “suits” of Bond and Havelock are pretty unsexy. It looks like they had no real dive suits and took some rain clothes that Q found in the basement somewhere.

Real wetsuits would have been much better (for me).

If you look carefully at the closeup-shots…you might notice that the actress isn’t actually underwater! The problem was that Carole Bouguet couldn’t dive because of some medical issues. I guess  she couldn’t make the pressure compensation because of it. So they used some tricks that it would look like she actually is underwater.

And I edited a very short video that focuses on her. In some ….sexy closeups:

What do you think about that scene?

Before I post the video for today…some news first.

Not a really big deal, but I wanna hold on to the reward (the 2nd “Eye of the Storm”-scene) I promised for reaching the 1000.

This time without a time limit. Right now the channel reached 820 subscribers, so the 1000 isn’t far away (+300 since I posted that news).

With a growth like in the past..it will take 4-6 weeks.

And that “Eye of the Storm” scene isn’t the only real …smasher I will post then.

Thanks to a VERY friendly guy I will post videos from a legendary scene that is even better (and extremely rare).

Some clues: a morse signal + a fish species (If you don’t got it already….scroll down some posts….).

Perhaps I will make a vote on what you would like me to post first after the goal is reached.

The VIP-Club has been updated with new material, enjoy! 3 new scubalicious videos 😉

(as always- not from a movie or a tv-series)

Wanna donate some bucks, show your support for this blog and get really good videos in return?